My time interning in Australia is flying by! It’s really pretty strange because I feel both as if I have been here forever and as if I’ve just arrived. This week encompassed a lot of snorkelling via ECOTREASURES and a lot of fun new experiences (and a lot of coffee, because you know ya girl likes her caffeine :)). I am so unbelievably and blissfully happy right now that I never want to leave! Sorry mom, I think I’m going to have to stay here forever.

Although the snorkel tour is consistently located at Shelly Beach, there is always something new that seems to blow me away each time. The kelp forest, the Big Blue Gropers (endangered fish species), the Giant Cuttlefish (which I’m pretty sure is an actual alien, someone should really look into this because I think I’m onto something), and the sharks always just seem to make for a great day spent in the water. Now, I still hear that pesky Jaws theme song reoccurring in my head EVERY TIME I get into the water, but it has become quieter, so that’s progress, right? Here’s some of the things that caught my eye at Cabbage Tree Aquatic Reserve this week:

I really feel like I’m becoming a local in Manly.  The people at the Emporio Coffee Shop across the street from my apartment know me by name (they call me Kassey, but close enough) and start making my order right when I walk through the door at 7:20 every morning. I have a large flat white with soy and one sugar alongside a piece of banana bread toasted with butter Every. Single. Morning. That kind of makes me a local,right? Oh, and I called someone mate the other day by total accident! It just slipped out! Yep, I think that definitely makes me a local. I haven’t picked up an Aussie accent yet, but there’s still time!

I’ve also been trying to keep up with what is going on at home via social media, but it is rather hard when nighttime at home is daytime here and vice versa. I did notice, however, that everybody and their dog got engaged this past week. I’m so very happy for all my friends that are deeply in love! Congrats guys! You’re committing your life to your significant others while I’m over here committing my life to Tim-Tams! Speaking of Tim-Tams though, I really need to look up the limit on how much food I can bring back in my suitcase without it being considered smuggling or something. Like is 10 boxes of Tim-Tams acceptable? Is that too much? I NEED THEM. They’re a staple in my diet now and I refuse to go back to a life without them. 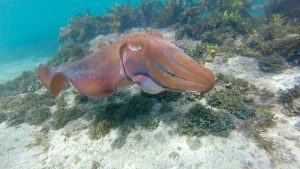 This, my dear friends, is the alien I was telling you about 🙂 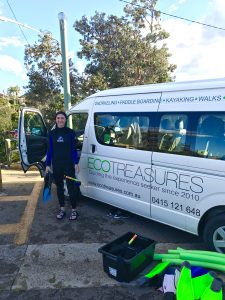 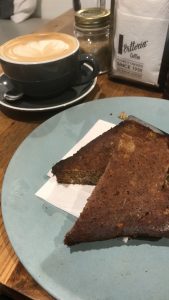 A glimpse at my morning routine at Emporio

Next week is my last full weekend in Sydney and I plan on making the most of it! I’m going to do surf school at Bondi Beach, going on endless costal walks, going to a chocolate festival in the CBD (YUMMMM!!!!), probably shopping for more souvenirs, and spending a day on the beach in Manly (or home as I like to call it :)). I cannot believe that it’s almost time for me to head back home! I feel like I’m just getting started.