What I’ve Been Up To:

So, last time I wrote on this blog I said I was going to go skydiving. Update: That didn’t happen! It will soon. In due time, friends, in due time. I did swim with a giant cuttlefish, multiple schools of fish, and a few sharks though! It was incredible to say the least. I won’t lie to y’all, I was mildly terrified and worried that the ‘tiny’ sharks would attack me for no reason (thanks for making me watch Jaws about a thousand times, dad), but that was not the case. I was very paranoid that a shark would bite my hand or something and that I’d lose a pinky finger, (like I don’t necessarily need that finger, but I don’t want to lose it, ya know?), but after the initial shock wore off, it was strangely peaceful. I did hear the Jaws theme song in my head for the entire duration of the snorkel, but as I said, there was actually nothing to be worried about and it was one of the most incredible experiences I’ve had to date! Thanks, ECOTREASURES!

So, how did I get here? How did I manage to get this international internship? How did I end up at Shelly Beach swimming with some funny looking sea creatures and worried about losing my pinky?

Good Question! The easiest answer is that I hopped on the 2nd longest flight in the world (from Dallas to Sydney) and ended up in the land down under. In reality, however, it was much more complicated than that. Let me tell ya about it!

How did I choose (quite literally) where in the world I wanted to intern?

Some of my favourite things about Australia (so far): 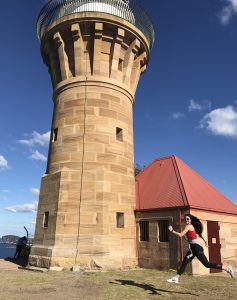 Barrenjoey Lighthouse! I might just go back every single weekend. 😉

I don’t think I’ll ever get sick of Manly sunsets!!! 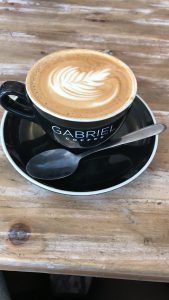 Australian coffee is better, I swear it 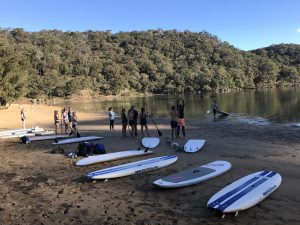 Going on new adventures and meeting new people from all over the world with ECOTREASURES!! 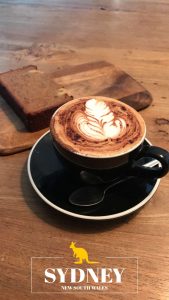 Being an Intern for ECOTREASURES:

So far, so good. I’ve been on some incredible tours and seen so many beautiful sights. I wish that the pictures I’ve taken could do the views some justice, but, sadly, they don’t. I mean the pictures are good, don’t get me wrong….They just aren’t near as good as witnessing that beauty in real life.

I could not ask for a better internship or boss to show me the ropes. Thank you ISA Internship Program and UNT Study Abroad for hooking me up with the best job ever! I’m learning so many things about myself and having the time of my life!

Until next time my loves!!